Frustration as the mother of invention

Many great ideas are borne of frustration. QuadcoptersEnzo is no different. This webshop for all things drones came about when former electrical engineer, Pieter Boomsma had a poor online shopping experience.
In an effort to enhance his DJI drone (which he had found “a bit boring”), he wanted to buy some new parts. What he got was abysmal service and shoddy parts.The experience was so bad, that Pieter was forced to threaten legal action to simply get the drone parts for which he had already paid.
“Mmmm…. I could do much better myself,” thought Pieter. And boom! This was the beginning of Quadcoptersenzo – his drone business based in Friesland in the north of the Netherlands.

At first it was just Pieter Boomsma, his electronics knowledge and his good business sense. Now a few years on, Boomsma’s webshop is, well, … booming. He is now taking on interns to help with the vast volume of orders, 50 per cent of which are from outside of the Netherlands. High school student Dennis Mennema and recent school leaver, Luuk Treffers, are currently learning the ropes of Quadcoptersenzo. These teenage FPV racers are also set to play an integral part in the team which Quadcoptersenzo will field at DroneClash in a few weeks – team QEptains – which will also feature Ralph Hogenbirk and Niels Meerdink. 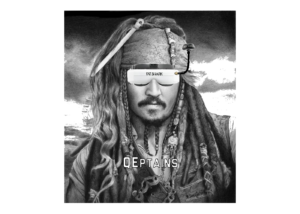 Winging it? Or winning it?

At the time of interview, Pieter, Dennis and Luuk weren’t giving much away about design or strategy. By their admittance, they are not so prepared. Winging it, you might say.  But no problem. According to Pieter, team QEptains still has approximately 100 man hours ahead of the event. They will spend this time building their fighter and queen drones which will be informed by the experience of DroneClash veteran Niels Meerdink. In 2018, Clearflight Solution’s Niels was part of the victorious Laced Horns. This year, with team Laced Horn having disbanded 30,000 Euros the richer, Niels will fly with QEptains.
Can this former champion prepare QEptains  for the battle grounds of the DroneClash 2019? Will Pieter Boomsma and his teenage interns be clash-ready on March 16th? Come and join me and the DroneClash team on March 16th in Katwijk. Tickets are still available here.